EOS daily chart is still looking vapid – EOS breached the first support at 90k and it is heading down to the next one, a very strong zone at around 82k satoshis.

EOS weekly chart portrays an intriguing image – there appears to be a giant symmetrical triangle formed and EOS is on the cusp of exiting it. Considering it is on a very strong support line at 82k satoshis, one that EOS respected from August to November 2018 – it is very plausible that we will see a strong move upwards as the price leaves the triangle.

Trading volume is extremely high but also highly overstated – reported volume in the last 24hrs was $1.7b (the strongest volume day in April for EOS was April 3rd with $5.4b) and “Real 10” (trading volume on the exchanges that provably prevent wash trading) volume is whopping 54x lower – $31.5m. This means that EOS’S liquidity is blown out of proportion and vastly inflated.

On the other hand, EOS has a somewhat strong buy support, according to coinmarketbook.cc. Buy support is measuring sum of buy orders at 10% distance from the highest bid price. This way we can eliminate fake buy walls and whale manipulation and see the real interest of the market in a certain coin. In the last 24 hours, EOS had a $28m of buy orders measured with this method, which sets EOS buy support/market cap ratio at 0.61%, a wide-market above average value. Bitcoin and Ethereum had a 0.27% and 0.28% ratios, respectively. This novel metric indicates there are a lot of manipulations, inflated liquidity and fake orders on all crypto trading pairs, including EOS pairs.

To assess fundamental health of a project, we used the FCAS metric. FCAS is a comparative metric whose score is derived from the interactivity between primary project lifecycle fundamentals: User Activity, Developer Behavior, and Market Maturity.

FCAS ratings are on a 0-1000 point scale with a corresponding letter grade. Break points are based on standard deviations in the underlying component distributions.

EOS has been ranked as the S category – superb with overall 911 points as of May 6th. By far the strongest metrics that contributed to this great score are both developer activity that got 924 points and user activity with 926 and market maturity that had 750 points. EOS is one of the leading projects under this valuation method, a strong indicator of sound fundamentals behind EOS project.

Below are some of the most important news around the project in the last 30 days.

EOS was published by software publisher Block.one and development is led by CTO Dan Larimer, who founded Steemit and BitShares. The project competes with other popular smart contract platforms such as Ethereum, NEO and Cardano. 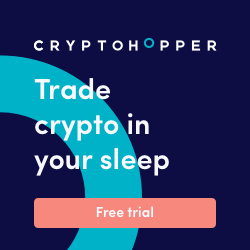 EOS tries to differentiate itself by providing transaction throughput capable of handling thousands of transactions per second without having to pay direct fees, improved usability for all parties involved, and governance for business and chain maintenance. EOS makes use of on-chain governance whereby token holders can vote for the block producers (BPs) as well as various upgrades to the protocol, monetary policy, or constitution.

This constitution includes general rules governing the behavior of the protocol, and every transaction sent must include a hash of it. The goal is to define community values that are not enforceable or incentivized easily.

However, the rules are not enforceable at the protocol level but rather act as a terms-of-service agreement which users must agree to. Dispute settlement is left to the EOS Core Arbitration Forum (ECAF), which is comprised of independent professionals who can deliver binding rulings which BPs then execute.

EOS is a blue chip crypto project that earned the spotlight even in the top shelf mainstream media after its massive ICO. EOS is most serious competitor for the reigning king of dapp platforms, Ethereum. Many believe that soon enough, EOS will reach $30.00, a target that has been set for the majority of the past year.

In April, Block.one, the development team behind EOS announced a new $200m partnership that aimed to accelerate the EOSIO ecosystem across Asia. May saw some major developments within the EOSIO software which eventually led to the launch of a bug bounty – a program established to encourage ethical hacking in order to pay external developers to hack and test the integrity of the softwares security protocol.

The rest of the year saw a bear trend pull a huge chunk of value out of EOS. As the year drew to a close, many EOS investors have been left kicking themselves as it seems that both January and April did present the best buyout opportunities.

EOS endured constant attacks from other crypto communities for its governance model and alleged collusion among their block producers. The languishing price also threw some of the big block producers in financial conundrum as they had trouble keeping their costs of running servers for EOS blockchain under control. All in all, radically different to Ethereum, EOS made use of 2018 to establish itself as one of the top cryptocurrencies in the market.

The downfall of altcoins that were mainstream media darlings at the start of the year, EOS among them, can be attributed, in part, to novice investors getting scared off once the bear market kicked in with a vengeance. Every resurgence of bitcoin in recent period, was met with the, for the most part, inability of altcoins to rally with it. Reason for that can be rookie investors learning from their mistakes, while smart money that was previously watching from the sidelines has begun to enter into bitcoin.

See out Holochain Price Forecast for 2019

These entities weren’t about to buy BTC when it was trading at an all-time high, but they’ll take a look now, having missed the boat the first time around. None of them, it seems, are interested in altcoins however, despite the fact that many are trading at a 5x discount. Institutional investors may be cautious, but they’re not foolish.

Our EOS Price Prediction for 2019

EOS, as the rest of the market, is tied at the hip of bitcoin’s price action. If bitcoin embarks on another bull run, EOS can hope for one as well. Since that is very unlikely, don’t expect much to change for EOS price-wise in this year. So 2019 will be a year of boring sideways action with minor bitcoin ignited jumps and slumps.

The main currency in cryptocurrency markets is Bitcoin and given this, altcoins tend to fuel Bitcoin runs and Bitcoin tends to do the same in return. Given this relationship, Bitcoin price movements (or lack thereof) tend to effect altcoin prices.

When Bitcoin goes up swiftly, it will likely:

In cases when Bitcoin plunges, it will likely:

When Bitcoin moves sideways, it will likely:

RTo summarize, Bitcoin is the focal point of the crypto market in many ways, and with BTC trading pairs on every exchange, the gravity of Bitcoin is hard to evade.

The majority of projects will fail — some startups are created just to gather funds and disappear, some would not handle the competition, but most are just ideas that look good on paper, but in reality, are useless for the market.

As a result, over 95% of successful ICOs and cryptocurrency projects will fail and their investors will lose money. The other 5% of projects will become the new Apple, Google or Alibaba in the cryptoindustry. Will EOS be among those 5%?

Hard to tell but probability for that is fairly solid as EOS has managed to carve out a place for itself despite heavy head winds it faced ever since its massive $4 billion ICO. Dan Larimer is certainly one of the geniuses of crypto space and the only reason he is less respected than some other personalities from the sector is his obvious social inadequacy.

In 2019, EOS needs to prove its worth with sturdiness and resistance towards possible attacks while also working as marketed. Considering Ethereum is still a hot mess with their complete system revamp going on, EOS has a unique opportunity to seize the throne from Ethereum and become the default dapps platform for the future.

All of this summed up means one thing: EOS might live through couple of orchestrated and, for a regular trader, completely unpredictable pumps but the majority of time will be murky sideways trading with small volume and no significant interest from the market.

Price will heavily depend on what BTC will do and since many analysts think BTC will not be making big moves in this year, it is hard to expect EOS will do them either. The price will probably stagnate and record slow-moving depreciation or appreciation depending on the team activity, potential technological breakthrough or high-level partnership.

There is no much information on what is expected from EOS in 2019 as far as their roadmap is concerned, at least not in their official channels since there are no officially scheduled events or releases by far.

What is known by far regarding future developments for 2019 is only available from individual announcements of Block.one developers, without actual dates of releases and updates.

One of the developments that are said to be waiting to happen is the implementation of inter-blockchain communication which should enable scaling through sidechain, which would make the network more efficient and faster.

Another one of implementations expected in 2019 is also Asynchronous Byzantine fault tolerant, otherwise known as aBFT, which should allow the improvements of irreversibility times, allowing direct communication for BPs.

The team is also said to be working on Resource Exchange that should encourage voting and allow token leasing, while it is said that the team will be presenting a new infrastructure with 4% inflation, although it is not yet confirmed whether any of these updates would be completed in 2019.

With the market being so volatile, predicting the price of the cryptocurrencies is really one of the most daunting and thankless tasks.

Let’s consider the publications and personalities, and their forecasts regarding the EOS price prediction, which will give us a fairer idea:

According to WalletInvestor, investing in EOS will turn out to be a favorable venture for the investors, They believe that in 2023, it might reach $911.

Coinfan sees EOS reacing $47 in December of this year, after a string of months with constant gains.

Algorithm at Tradingbeasts.com has a much more conservative approach to EOS price, putting it at $7 at the end of the year which still represents more than double of its current price.

One of the Steemit writers, OrdinaryRich predicted that EOS might reach as high as $20 by 2019. He even predicts that EOS might experience around 60% more than Ethereum’s market capitalization.

CaptainAltcoin’s writers and guest post authors may or may not have a vested interest in any of the mentioned projects and businesses. None of the content on CaptainAltcoin is investment advice nor is it a replacement for advice from a certified financial planner. The views expressed in this article are those of the author and do not necessarily reflect the official policy or position of CaptainAltcoin.com