ICON, one of the largest blockchain projects in South Korea, announced on Wednesday it will launch the ICON TX (Transaction) Challenge, which is described as a large blockchain development contest with a total prize pool of one million ICX (ICON’s cryptocurrency), starting on June 3rd. The organization revealed: 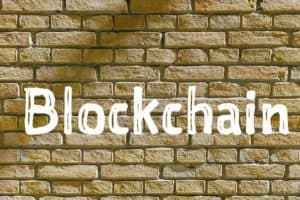 “In order to support developers around the world with the goal of developing the blockchain ecosystem, the ICON TX Challenge takes the form of a competition in which participants produce their own DApps(Decentralized Applications) or websites. Future blockchain experts including developers, university students, and anyone who has ideas to implement the blockchain technology in building services or wants to experience new technologies can participate in this contest.”

ICON then revealed that it plans to provide operating costs and technical support to participants during the contest, which runs for approximately two months starting from June 3rd to July 31st. Where existing development efforts have been slowed down by factors such as transaction (TX) costs, server hosting costs, and technical barriers, the ICON TX Challenge will allow participants to access new technology and quickly validate their ideas.

“In order to participate in the contest, smart contracts that can generate transactions should be completed in advance. After completing the production and verification of ‘SCORE (Smart Contract On Reliable Environment, ICON’s own smart contract development environment)’ using the ICON protocol, one can apply for participation by developing DApps or websites utilizing the SCORE. Teams who are confirmed to take part after the application process will be given 200 ICX each as a participating prize and a separate reward of 0.01 ICX per 1 TX for transactions occurring through the SCORE during the contest will be given out.”

ICON went on to add that a total of six teams will be selected according to the evaluation standards including the completeness, business value, technicality, blockchain utility, etc. of DApps or websites. These teams will be awarded the final prize of 50,000 ICX per team.